ARTWORK > As Pure As Fresh Snow As Pure As Fresh Snow (Quote by Daisaku Ikeda on the Topic of Violence Against Women; Photo credit Shutterstock)
Graphite on paper
22 ½ x 30 ¼ inches She Said No and Stop (Online comments to the article in the Portuguese Press where Cristiano Ronaldo is quoted saying that She said No and Stop several times. I apologized afterwards)
Graphite on paper
Dimensions variable (each panel 21 inches wide, length variable) 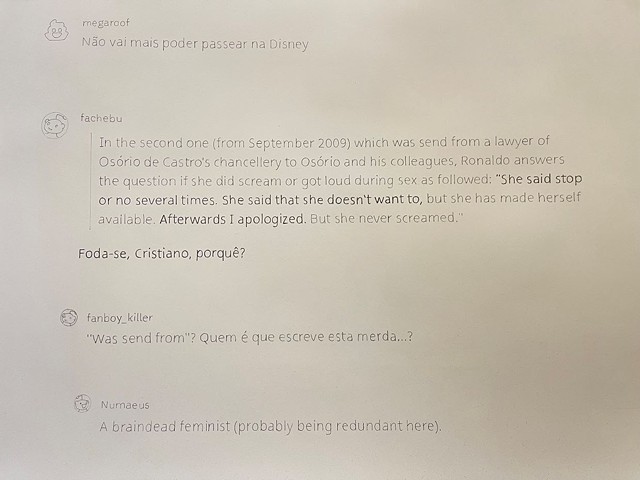 She Said No and Stop detail 1 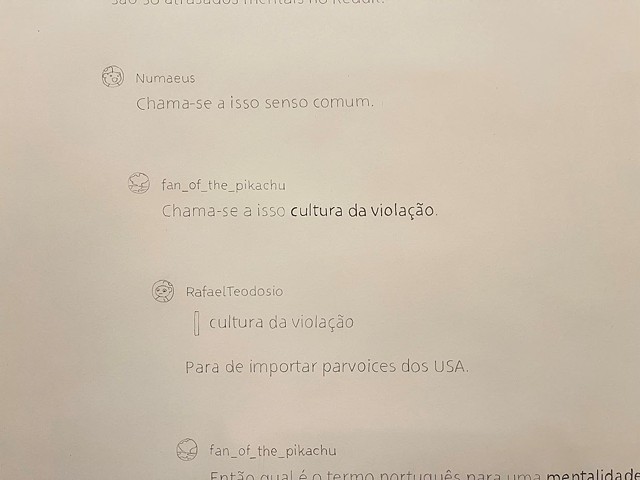 She Said No and Stop detail 2 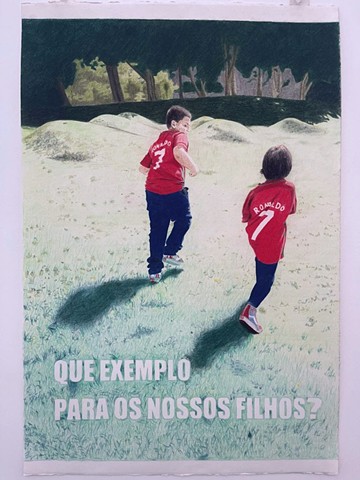 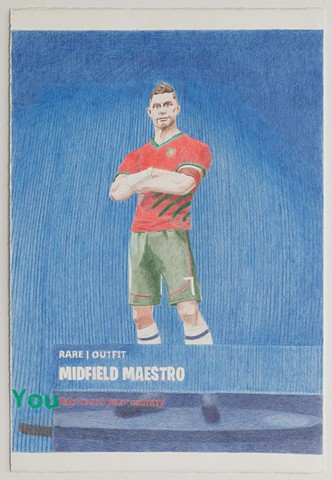 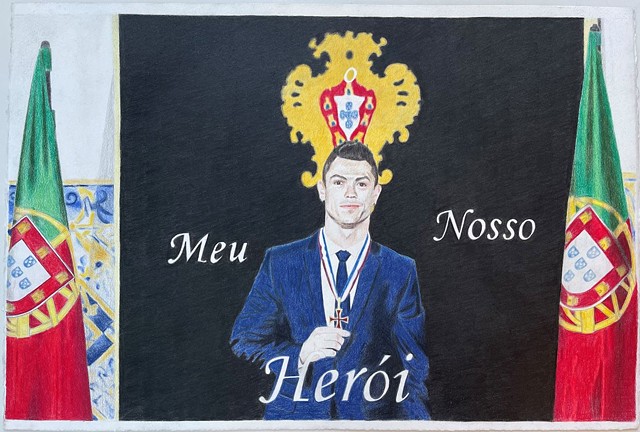 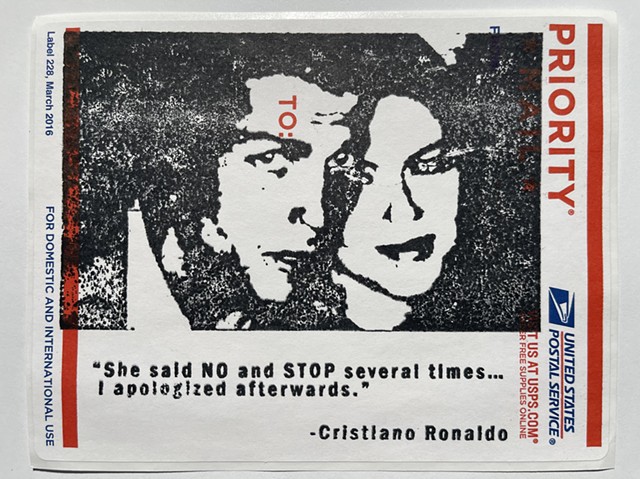 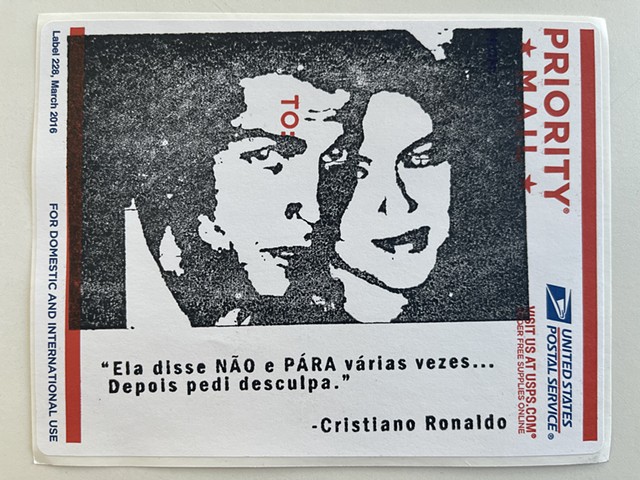 As Pure As Fresh Snow is an art project about rape culture in Portugal through the lens of the rape allegations against the renowned Portuguese soccer player Cristiano Ronaldo. At the end of 2018 the German magazine Der Spiegel interviewed Kathryn Mayorga, who publicly accused Cristiano Ronaldo of rape in the city of Las Vegas. My project consists of five drawings and a drawing installation, along with a street art intervention in Lisbon, and in the cities where the project is shown. The project debuted in the city of Santa Ana in July of 2022. I began this project after I saw the installation Open Secrets, a tribute to the #MeToo movement, by the artist Andrea Bowers. The installation included over a hundred panels of images and texts depicting sexual assault allegations raised against well-known men and women in power, one of whom was Cristiano Ronaldo. When I read the summary of the rape allegations against him, I was devastated. To see it in front of me in that red panel, to see Ronaldo's picture and read the summary horrified me and awakened in me a sense of purpose. Cristiano Ronaldo wasn't just a celebrity for me. He was my hero, a Portuguese like me, who became the best in his field and represented Portugal, a small country of 10 million people, throughout the world. I am a rape survivor. I was raped when I was growing up in Portugal. I was 18 years old. I never reported it for many complicated reasons. I suffered alone in agonizing pain until I came to California eight years later in 2002 as an international student. It was then that I was diagnosed with post-traumatic stress disorder and finally received mental health treatment. For the first time, I learned that I was not the only person to go through this kind of experience and that rape is prevalent in society. This awakened in me a sense of mission, and I became an activist on campus supporting survivors, creating awareness and changing school policies in conjunction with the University of California, Los Angeles, Rape Treatment Center. As important as this work was, it was confined to the campus of my alma mater, Soka University in Aliso Viejo. I didn't bring back what I learned about rape to my home country to support survivors there. But when I saw that Open Secrets panel, a new sense of purpose emerged in my heart. It was time. It was time to bring what I learned back to Portugal, almost 20 years later, because as far as I know not much has changed regarding sexual violence there. Conversations around rape are still avoided. Rape is seldom reported and survivors have few resources available to them. Because of this situation, rape is rarely prosecuted. This was the reality that I came to see in 2003 while I interned at Associaçao de Mulheres Contra a Violencia (women against violence association), a local NGO working with survivors of domestic violence and rape. The rape culture in Portugal is apparent in the online comments of the RTP Notícias article in the Reddit platform which includes quotes from Cristiano Ronaldo himself, where he is reported saying that, "She said ‘no’ and ‘stop’ several times." Although this is the description of a rape and an admission of guilt, most online comments blame and denigrate the woman who accused him. As the #MeToo movement has barely reached Portugal, "the widespread popular support for the footballer [has] relied on and reproduced entrenched cultural stereotypes, which have traditionally excused aggressors of sexual violence and blamed women who claim having been raped." Portuguese society condones this behavior, but it should be prosecuted because it is a crime that inflicts immeasurable pain on its victims. However, the charges against Cristiano Ronaldo were ultimately dropped by the Las Vegas police and the civil lawsuit was recently archived by the judge in June 2022. This project is my response as an artist to the rape culture that exists in Portugal and my outrage towards the lack of resources for survivors that is pervasive even to this day. My work includes a series of drawings that are messages to rape survivors, to Kathryn Mayorga, the woman who accused Cristiano Ronaldo, and to Cristiano Ronaldo himself. My artwork is my activism.