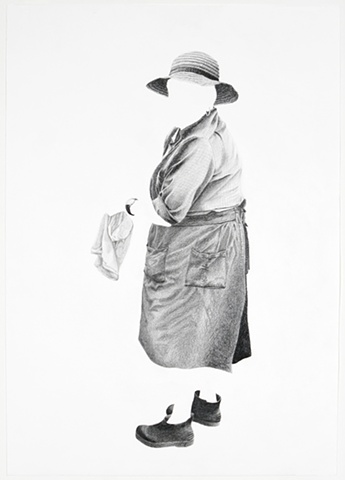 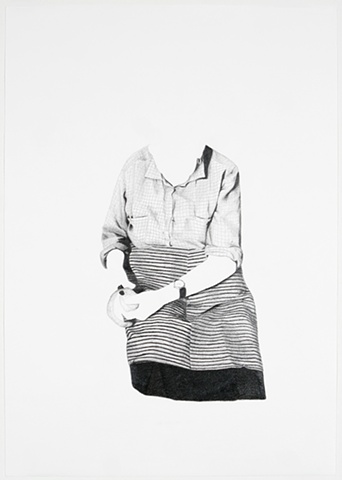 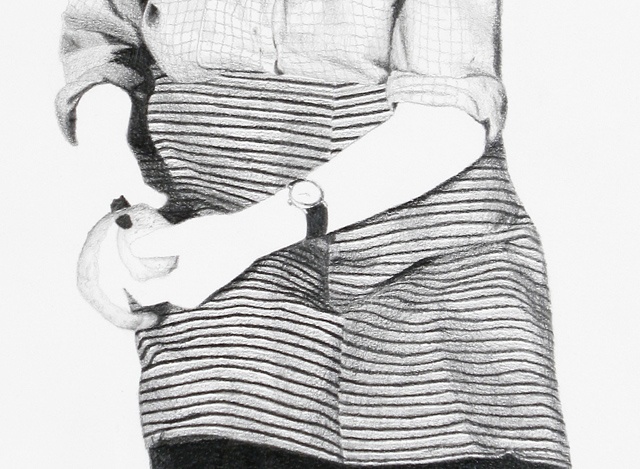 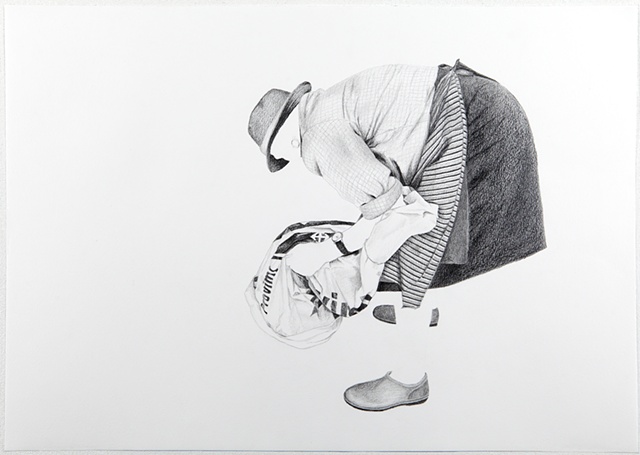 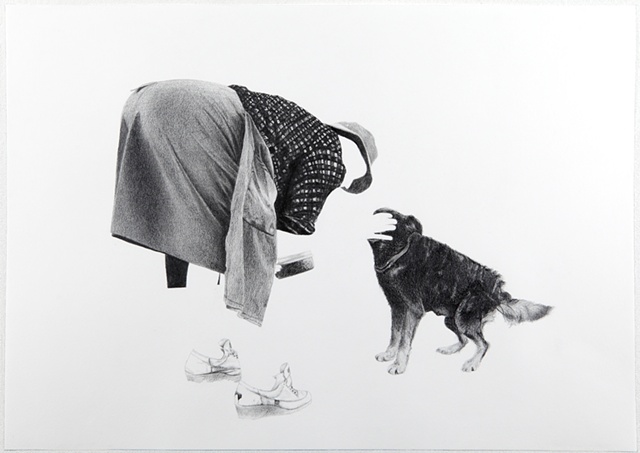 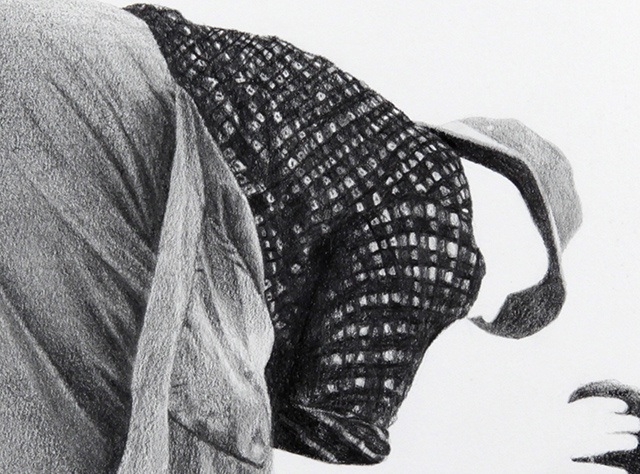 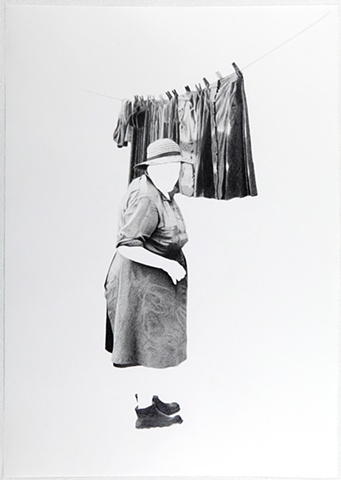 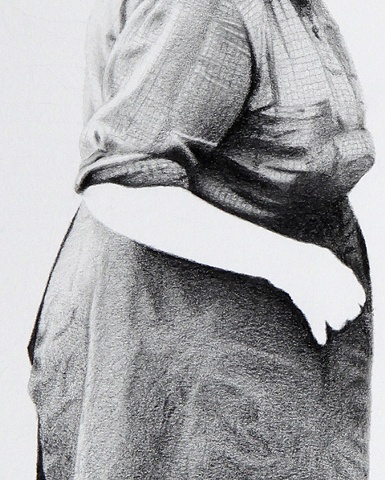 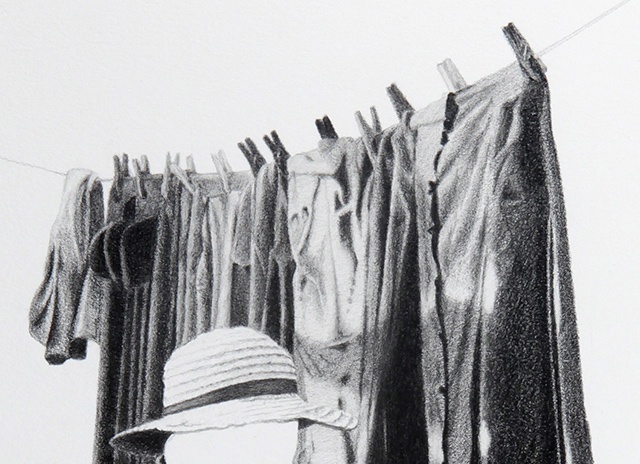 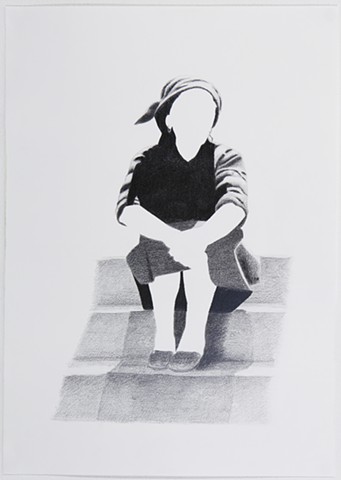 The Avó 1925 -2009 series is comprised of graphite portraits on a white background. These realistic monochromatic drawings display in detail the clothes, shoes and objects that compose an aged female figure, but leave out her no longer existent body. The humble attire reveals a common person in her daily routine.

Avó is a Portuguese word that means grandmother or grandma. These drawings are based on photographs that I took of my grandmother at her home before her death. Born a peasant, she lived in a small remote village in the mountains of Arga in the north of Portugal. Historically depleted by poverty and migration to richer European countries like France and Switzerland, the area, much like most other rural communities, is populated by aged, forgotten and looked down upon people, and faces the erosion of its traditional customs and pending depopulation.